Here’s a quick look at some of the places I’ve been, people I’ve met with, and issues I’ve discussed since September 4:

September 5 and 6: Thanked the voters of the Hampshire, Franklin, Worcester district via video, social media, email, and during stops in a few cities/towns. And I also spoke to a number of media outlets. Here’s an interview with WAMC’s Paul Tuthill. And a piece in The Daily Hampshire Gazette.

September 7: Attended the annual Pioneer Valley Labor Council’s Labor Day Breakfast thanks to a kind invitation from the Lisa Clauson and the Carpenters Union.

September 10: Joined Congressmen McGovern and Neal at the kick off of the Coalition to End Hunger’s awareness campaign.

September 13: Had lunch in Northampton (I hope the first of many) with Senators Adam Hines and Eric Lesser.

September 15: Joined Representatives Pramila Jayapal and Jim McGovern in Northampton at a Take Back the House event.

September 18: Went to the COSA annual breakfast in Hadley to honor human service leaders in our region.

September 21: Helped kick off the Out! for Reel film festival and lead a YES on 3 cheer!

September 23: Went into the dunk tank to raise funds for Northampton public schools.

September 27  (and every Thursday morning until November 17): Dance rehearsal in Hadley for Pathlight’s Let’s Dance fundraiser! (Here’s a fun video.)

September 28: Attended a Communities that Care Coalition meeting in Greenfield.

September 29: Along with hundreds of others from our region, cheered on Senator Elizabeth Warren.

September 30: Biked with my son, Isaiah, to raise funds for The Food Bank of Western Massachusetts.

October 3: Co-hosted a phone banking night with Mindy Domb at the Take Back the House office in Northampton.

I’ve also had incredible planning conversations about breakthrough environmental work in Amherst, elder rights, carbon pricing, Medicare for All, and so much more.

So grateful to be in this work with all of you. 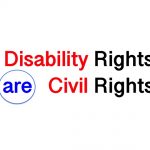 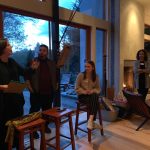