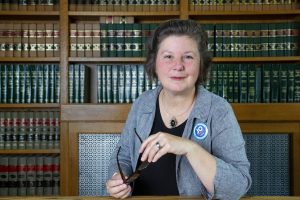 Jo Comerford has entered the Hampshire, Franklin, Worcester State Senate race to win the seat as a Democratic write-in candidate.

You might already know Jo from her decades of work regionally and nationally. Jo came to western Massachusetts in the late 1990s fresh out of social work school to help lead a crisis intervention outreach team through the Center for Human Development. Jo quickly became part of the region’s progressive community. She worked for seven years as the director of the western Massachusetts American Friends Service Committee and then as director of programs at The Food Bank of Western Massachusetts. After The Food Bank, Jo led National Priorities Project as its executive director. For the past four years, Jo has been a Campaign Director for MoveOn.

Jo knows how government works. She has first-hand experience in cracking open complex budgets, helping to broker and implement public policy, and leading strategic and game-changing initiatives in strong partnership with lawmakers at the national, state, and local levels.

Jo’s wife, Ann, is a public school teacher and member of the Northampton School Committee. Jo and Ann have two wonderful children who are in the Northampton Public Schools (plus a dog and two cats).

Most recently, Jo’s volunteer efforts have been based at Jackson Street School where she helped lead the fundraising campaign to build a new and expanded playground and where she volunteers currently on the leadership team of Jackson Street’s PTO.

She also currently serves as a founding board member of the Sojourner Truth School for Social Change Leadership.

Here’s what Jo has to say,

I’m running because I know what it takes to fight for issues that will improve the quality of life for every person in our district and across the Commonwealth.

My career working for smart government spending and tax priorities, sound environmental policies, accessible and affordable health care, food security, and strong public schools demonstrates my unwavering and passionate commitment to the belief that everyone deserves the opportunity to succeed and thrive.

This ideal is the bedrock of my candidacy.

It’s what inspires me to campaign for public office at such a high-stakes moment for our region.

And it’s a big part of why I’m ready to take up the work ahead in the State Senate.

All people in the Hampshire, Franklin, and Worcester district deserve a fierce, fearless, and tireless advocate—someone determined to help address the immediate needs of our district while also working to manifest a bold, transformative, and progressive vision for what’s possible.

For more than 20 years in our valley and nationally, I’ve marshaled people power to hold lawmakers accountable and help ensure that our government works in the best interest of constituents.

To do this, I’ve needed to know how change happens, know how government works. Now, I want to put my skills and experience to work as a lawmaker who honors this powerful, essential bond between an elected official and her constituents.

Send me to the State House and I will arrive not just as one woman determined to be a champion for our district, but as someone who knows that I bring the strength, grit, and hope of upwards of 160,000 constituents from 24 communities with me.

Together, I have faith that we will make great things happen.

My job, between now and September 4, is to meet with constituents across the region, asking to you to send me to the State House as a senator for all of us. 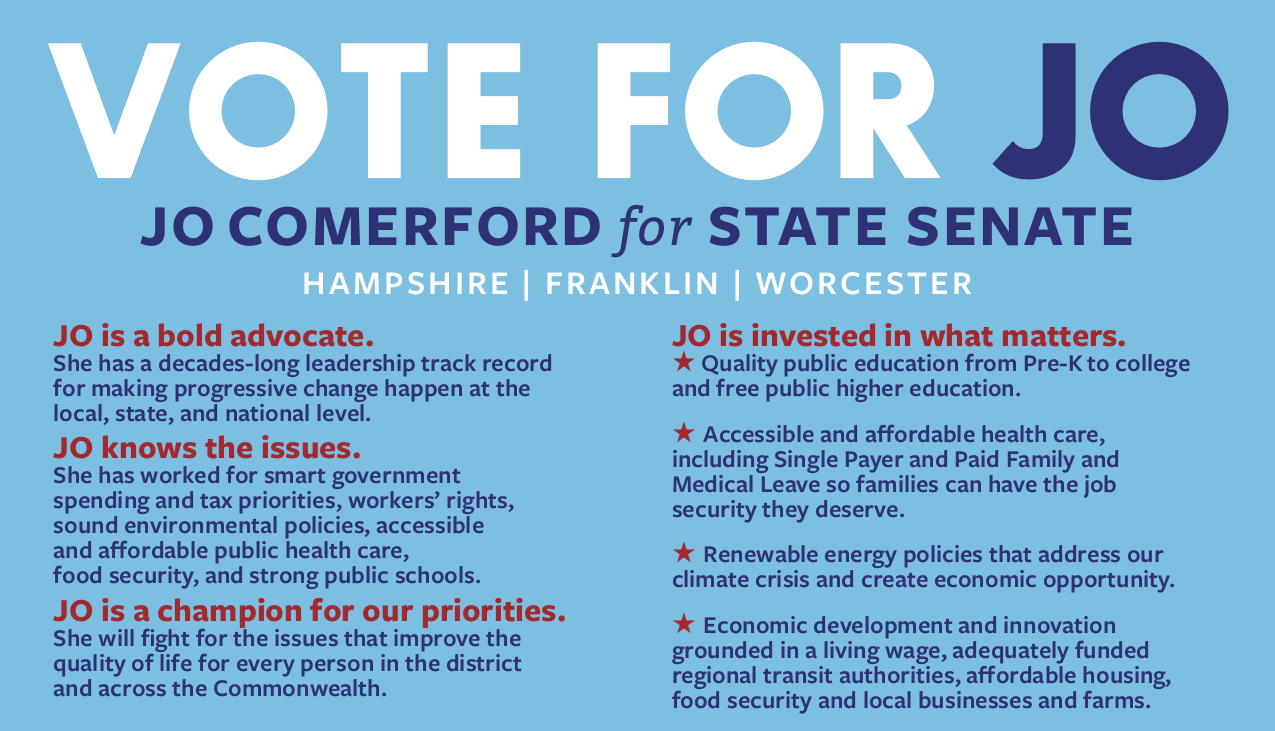