My entire professional career has been centered around defending the human and economic rights of people in local communities.

The clock, these days, is ticking backwards. Anyone watching what’s happening in Washington, D.C. is right to be horrified. To see children wrenched from their parents, attacks on the LGBTQ community, health care being destroyed, a woman’s right to choose threatened, investments in public education cut, policies that address drastic climate change rejected, spending for seniors reduced, a racist and xenophobic wave sweeping the nation. To see all this—and more—is scandalous.

Here in the Commonwealth, the Massachusetts Legislature can and must defend against these attacks.

Here are highlights of what I will fight for:

A total defeat of the regressive 2018 transgender ballot initiative. Let’s say together: “YES on Question 3.” And remember, a “yes” vote means that you support Senate Bill 2407, the Commonwealth’s transgender anti-discrimination law which passed in 2016 and prohibits “discrimination based on gender identity in public places—such as hotels, restaurants, and stores.” We cannot allow Massachusetts to fall prey to this regressive and dangerous initiative. That’s why my campaign is an active ally to organizers in our district seeking to build a base of “YES on Question 3” support.

Senate passage of a bill to ban conversion therapy. A bipartisan bill passed in the House in a vote of 137 to 14. The bill is now with the Senate. Conversion therapy is an abusive practice of attempting to change a person’s sexual orientation or gender identity. The vast majority of medical and mental health organizations have spoken out against conversion therapy citing its connection to depression, substance misuse and other destructive behaviors.

Here’s a summary of the individual provisions not yet won:

There isn’t a magic answer, but there are steps the Legislature can and must take:

An end to mass incarceration, failed Drug War policies, and the warehousing of people struggling with mental illness and addiction. Crime rates in Massachusetts are low and have declined every year for the last six years and with them so have rates of incarceration. But even though Massachusetts has one of the lowest rates of incarceration in the U.S., the Commonwealth still imprisons a greater percentage of its residents than nearly every other country in the world. And though we don’t have the death penalty here (and I would fight like hell against it if anyone ever tried to bring it back), nearly 1 in 4 persons in prison in Massachusetts are serving sentence of life or its equivalent in practical terms. That’s the fifth highest percentage in the country . Moreover, mass incarceration perpetuates racial injustice, tears families apart, and, on top of this, is lousy fiscal policy. We have to do better.

The recently enacted criminal justice reform bill is a good start, but It’s going to take a lot more work to reverse the effects of decades of over-criminalization and failed Drug War policies.

I’m reminded of the Adrienne Rich poem, Rift, which lifts up a lighthouse keeper’s ethics, tending “for all or none…

as if the lamp could be shut off at will

rescue denied for some

and still a lighthouse be”

Of course, a lighthouse cannot shine its light just for some—just as the Massachusetts Legislature cannot guard only some civil and human rights, letting the rest fall by the wayside because a government must provide for the well being of all people, not a select few. 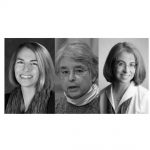 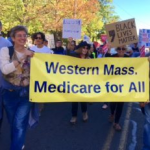