People ask me all the time what I like most about campaigning.

There’s only one answer: The people of our district.

Today I had the absolute privilege of joining members of the Royalston Democratic Committee for a lunch they hosted for candidates. (And let me just say as as sidebar that I love that communities are convening gatherings like these. It’s a perfect example of the power that voters have to convene candidates and ask us to get on the record about issues that matter.)

But let me make clear that today’s gathering wasn’t just any lunch. It was wood-fired home-cooked pizza in an exquisite setting in a beautiful town. (Town hall pictured above.)

As amazing as the food was (and it was), the real gifts of the meal were the conversation and the opportunity to learn from key community leaders about the unique issues facing their town.

As you might have guessed, I left the gathering inspired. But more than that—way more than that—today’s gathering added to my growing understanding about the ways in which I’ll want to hit the ground running on day one, should I be so fortunate to be elected to represent the Hampshire, Franklin, Worcester district on Beacon Hill.

Elected officials and former elected officials across the district, like retired Congressman John Olver, Northwestern District Attorney, David Sullivan, and others have endorsed my candidacy because they know that my career to date has led me to be the candidate most able and well-positioned to lead and to serve on day one.

Local communities like Royalston need and deserve that kind of staunch, tenacious, and effective ally on Beacon Hill.

Someone who will take the time to learn about what’s uniquely important to people—and then fight from day one to bring that home.

I want that job.

That’s why, with 65 days to the September 4 primary, my campaign and I plan to make every single one of them count. 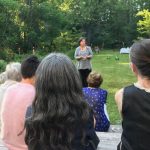 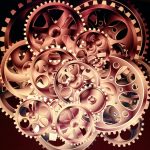