Republicans in the U.S. House of Representatives yesterday passed a regressive version of legislation known as the Farm Bill which, among other things, is the vehicle for authorizing the Supplemental Nutrition Assistance Program (SNAP, formerly known as Food Stamps).

Budget and policy experts estimate that, if passed as is, the House legislation could result in upwards of one million households, many of them with children, no longer able to access this life-line program.

There’s a Senate bill coming up for discussion which is somewhat less onerous. But in the mean time, I find myself even more grateful for the work of The Food Bank of Western Massachusetts, which has been fighting food insecurity and hunger in our region for decades.

I’m also grateful for the Massachusetts legislature which continues to help fight food insecurity by authorizing funding for the state-based Emergency Food Assistance Program, or MEFAP, which is a big part of what allows The Food Bank to distribute nutritious food to member pantries and feeding sites.

About 21,000 are food insecure in our district, or about 13 percent. That means that they cannot guarantee where there next meal will come from.
Approximately 14,000 of these folks currently receive SNAP with their benefits totaling about $1.7 million every month.
Not only are Food Stamps a lifeline, they’re also an economic turbo charger for the local economy, because what’s known about SNAP (like other economic equalizers) is that they enter the local economy at the base level, meaning that they’re spent locally as soon as folks get them—helping to mitigate hunger and food insecurity AND stimulating the economy by supporting local retailers and farmers. The Food Bank estimates that the district-level economic impact of $1.7 million in SNAP benefits is over $3.1 million per month.

This House vote is a lose / lose and the folks hurt the most are the folks who need government to work more consistently in their best interest.

This is yet one more example of the ways in the Massachusetts state legislature is stepping up to defend local communities at a time when they cannot expect such advocacy at the federal level. 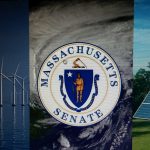 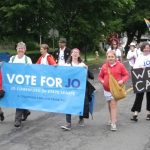