Tonight is the Climate Action Now debate for the Hampshire, Franklin, Worcester State Senate candidates. I have spent that last weeks meeting with environmentalists and advocates across our region and am deeply grateful for your support and visionary ideas about how we rise to the pressing challenge of this moment.

Here are my draft opening and closing remarks, which I dedicate to the people in our region and across the Commonwealth who have been sounding the climate justice alarm for decades.

These are for you and in your honor.

I’d like to begin by thanking Climate Action Now and the many many sister organizations that worked so hard in support of the energy bill which passed in the Senate unanimously last week.

It is a comprehensive, forward thinking bill and it is your victory. It’s the result of the advocacy of countless people in this region and across the Commonwealth who have dedicated countless hours to speaking out and acting for climate justice.

Global climate change is the greatest threat facing our nation and planet.

Right now the average American produces 20 tons of carbon annually. Climate scientists tell us that figure should be one. One ton, not 20.

So we need big, bold legislative moves to begin reversing this trend. Immediately.

That’s why I think the question on the table for the candidates tonight is what what we are prepared to do if elected.

While I haven’t had a singular focus on climate justice, I have had the privilege of focusing my efforts on this important work over the years, for example:

While leading the regional of the American Friends Service Committee (AFSC), AFSC joined a coalition of groups ably led regionally by Clean Water Action to call for the closure of Mount Tom coal burning power plant. We drove letters and calls and we packed hearing rooms.

While at MoveOn, my team and MoveOn members across the nation joined forces with Native American leaders to protest the Dakota Pipeline.

And, while I was at National Priorities Project, I joined waves of volunteer valley residents in my personal capacity by participating in civil disobedience at Vermont Yankee. I was proud to be arrested in Vermont with Frances Crowe in an action to call attention to the dangers of nuclear power.

And from participating in these and other actions, local and national, I came to know that the work for climate justice doesn’t stand alone. It intersects with our region’s farmers, with health care, with racial justice, with concerns about our economy, with the global refugee crisis—now cresting at 69 million displaced people globally and growing—and on and on.

As your state senator, I’ll make sure fighting for climate justice remains at the center of all these conversations and issues where it must be—because we have no choice but to act now and because we owe it to our children and our children’s children.

Thank you to the organizers of tonight’s debate. By calling tonight’s forum, you have demonstrated the power people have to drive issues forward. To demand that people seeking elected office take public positions on what matters.

In closing, I want to talk a personal story about my son, Isaiah.

My wife Ann and I have done our best to raise our children as the kind of stewards of our planet that we know we need.

Isaiah and our daughter, Chloe, see us hang clothes out to dry, run around shutting off lights, pack their water bottles, catch rainwater, use cloth napkins, and put solar panels on our roof.

They also see us struggle with inconsistencies. They hear us say that our family has to do more.

So you can imagine how proud I am as his mom when I see Isaiah pedal off to school every morning, no longer willing to take the bus or be driven to school.

I asked him early on why he was riding to school one morning and he looked at me with the clarity of purpose only kids can muster and he said, “Mom. The planet?!!” His call to action was as clear as that.

That’s the call to action that drives me forward.

And of course, Isaiah is not alone. The generations coming up now are on the move and so achingly clear about what must be done.

In the face of present dangers and their clarion call we must join them with all the personal, social, and political will we can muster.

Again, I’m grateful to those—like those here—who live their lives sounding the alarm. You are waking up the nation.

Massachusetts can and should be a model for the nation at a moment when no forward momentum is possible in Washington.

And I would be honored to fight by your side as the strongest possible advocate for climate justice, should I have the privilege of serving as your state senator. 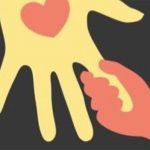 The border and what we must doCampaign 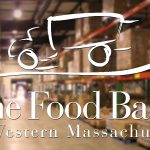