There is absolutely nothing stronger than an informed and engaged electorate, on the move!

Here’s a statement I wrote in support of an OpEd which ran recently on MassLive. In it, State Senators Anne Gobi, Senator Adam Hinds, Don Humason, Eric Lesser, and Jim Welch urge western Massachusetts constituents to speak up as strong advocates for our region’s priorities. The senators asked us to flex our people-powered muscles:

“In speaking with neighbors, small business owners, community leaders, human service workers, and others throughout the Hampshire, Franklin, Worcester Senate district, I’ve learned that many share my concern for the region’s loss of legislative clout. People in western Massachusetts are used to fighting hard for what we need and deserve, but we also have been well-served for years by Massachusetts legislators like former State Senator Stan Rosenberg and my own representative, the late and much-missed Peter Kocot.

State Senators Anne Gobi, Senator Adam Hinds, Don Humason, Eric Lesser, and Jim Welch are exemplary in their bi-partisan solidarity. They are exemplary in working to serve constituents in Sen. Rosenberg’s district who currently lack representation in the MA Senate.

And most of all, they are exemplary in their rallying cry to all people in our region. We all do indeed need to be active champions—now and into the future—for the well-being of our communities. We must bolster and participate in an all-out and strategic effort to advocate for funding and policy priorities that benefit western Massachusetts.

The bond between lawmakers and constituents is at the center of our democracy and the foundation of truly transformative change.

Kudos to our region’s senators for calling it forward at such a critical time.”

Be sure the check out the their OpEd here: http://www.masslive.com/opinion/index.ssf/2018/05/western_mass_needs_to_speak_up.html 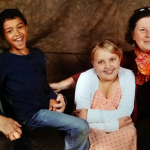 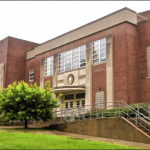