“Budgets are moral documents.” -We have Representative Barbara Lee to thank for calling this idea forward.

Budgets are essentially lawmakers’ values in numbers. That’s why I wanted to take a moment to celebrate the stellar leadership of so many Massachusetts Senate members who fought long and hard for a budget that advances the values that many in our region hold dear.

Here’s a step back on some of the stellar gains made in the Fiscal Year 2019 Massachusetts Senate budget. The budget is off to a Conference Committee, which is a body charged with reconciling the differences between the House and the Senate budgets. The Conference Committee reports out the compromise for a final vote and then the governor has 10 days to review the budget and take action.

And a host of locally focused aid and opportunity coming home to the region.

For years at National Priorities Project, I tracked spending and tax priorities, as well as budget amendments, on the national, state, and local levels. The budgeting process is an essential function of Commonwealth lawmakers, one I’d relish if elected. 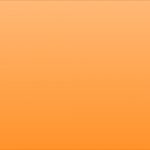 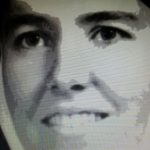 Meet my Aunt Joan. I owe her my name and so much else.Campaign